RegCM3 is the third generation of the Regional Climate Model originally developed at the National Center for Atmospheric Research during the late 1980s and early 1990s. The model is supported by the Abdus Salam International Centre for Theoretical Physics (ICTP) in Trieste, Italy. Here, we provide an abbreviated description of the model.

RegCM3 requires time-dependent lateral (that is, vertical profiles of wind, temperature, and humidity) and surface [surface pressure and sea surface temperature (SST)] boundary conditions that are continuously updated every 6 hours of simulation. The lateral boundary conditions derived from GCM output are assimilated into the RegCM3 with exponential decay in space over 12 grid cells around the perimeter of the model domain. Boundary conditions for RCMs are derived by preprocessing saved GCM fields into a standard format that can be read into the model. Virtually all GCM history files differ both in their format and composition so it is necessary to develop specialized preprocessing codes to accommodate GCM-specific output.

Energy, water, and momentum are exchanged between the surface and atmosphere through the atmospheric boundary layer. The surface is represented by the BATS (Dickinson and others, 1993, figure below) that simulates surface processes related to vegetation (for example, evapotranspiration, leaf temperature, and phenology) and hydrology (for example, soil moisture, runoff, and snow) that vary in response to atmospheric conditions. The soil zone in BATS has a depth of 3 m, which is subdivided into a 0.1 m surface layer and a vegetation-dependent root zone that ranges from 1 to 2 m. Soil moisture and soil temperature are computed. BATS thus provides a large set of variables that are either directly simulated by the model or that can be derived from model output. BATS Surface types and their associated physical parameters are summarized in the BATS Parameter Table. 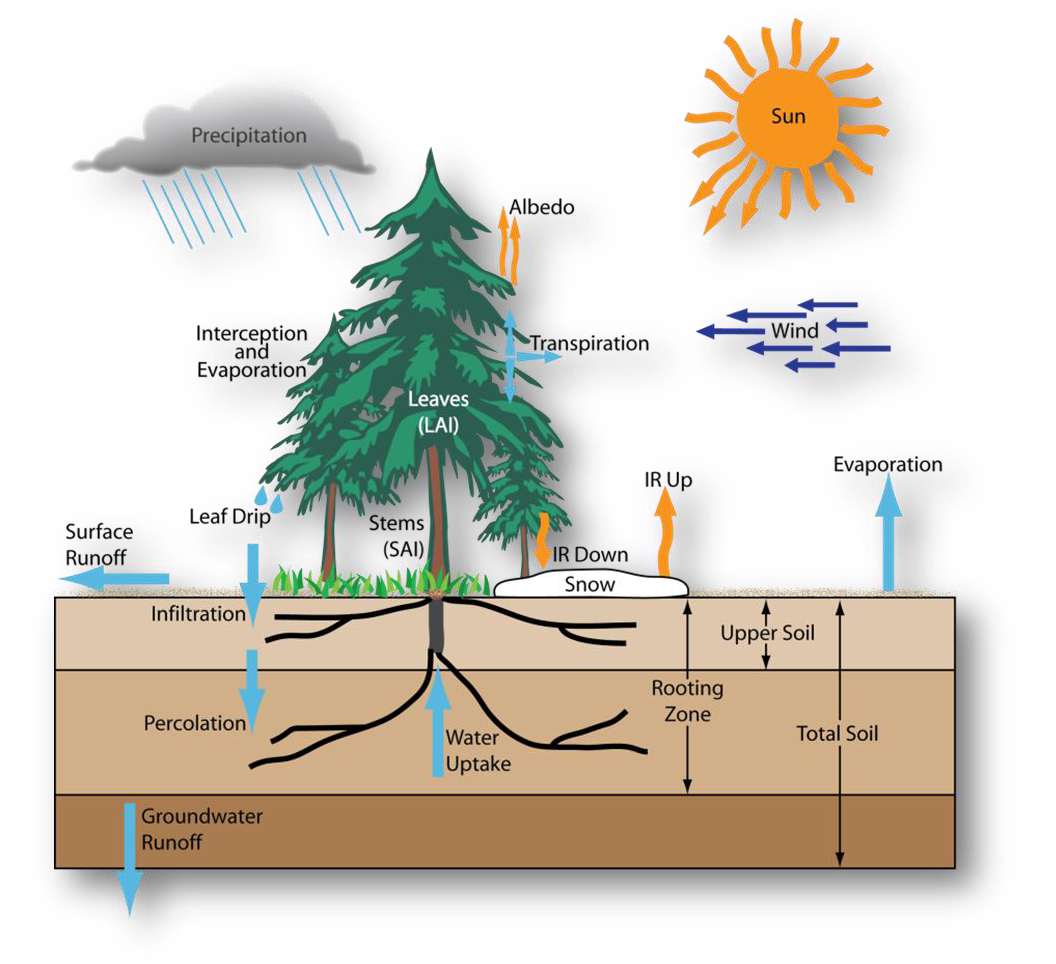